If You Want To Be a Badger, Adopt a Pleasant, Folksy Disposition and Cultivate an Affinity for Dairy Products: Madison, WI

Madison, Wisconsin: City of Lovers. Lovers of bratwurst. Lovers of fine cheeses. Lovers of "Cowboy, Ninja, Robot," (see Long Island blog post for explanation) which we played with some strangers in an under-construction zone of University Avenue in front of Vintage Spirits & Grill. 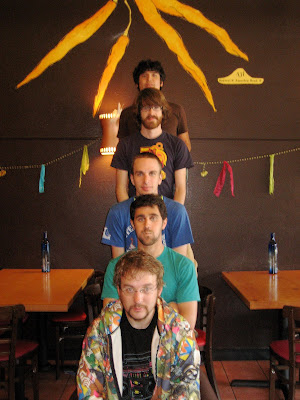 van*gloria reconvened in Madison after I spent a few days in Appleton for my sister's graduation from Lawrence University (congratulations Jamie!) and the rest of the band explored Chicago and Milwaukee. Our time in Madison proved to be very educational. For instance: We learned about the denizens of Forest Hill Cemetery from my dad, who provided historical commentary as we took a graveyard shortcut to Pasqual's for a southwestern-style lunch. We learned (again from my dad) that margarine was once outlawed in Wisconsin, until a senator known as "Tiny" agreed to a butter v. margarine blindfolded taste test and chose margarine as the superior dairy product (although it came out after Tiny's death that for most of his married life his wife had secretly switched all the butter in their home with margarine due to concern over Tiny's health). We learned that tetherball is not meant to be played by 6-foot-tall 25-year-olds, for reasons involving incredible velocity and force. 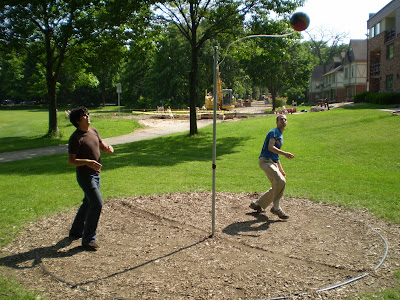 Madison is additionally a City of Hospitality. My parents fed us a steady supply of homemade burgers and barbecued chicken and premium Babcock Hall ice cream, and my old friend Nick Hudson and his girlfriend Olwen generously put up Nick and Andrew due to their being allergic to my parents' two gigantic cats, Athens and Apollo. Olwen recommended that we visit Olbrich Gardens, a botanical garden on Madison's East Side, and there we enjoyed both lush and diverse foliage and a great country-western band called The Dang-Its who definitely outdrew our band in the over-65 demographic (and were also without question the most punctual and polite band we have encountered all tour). 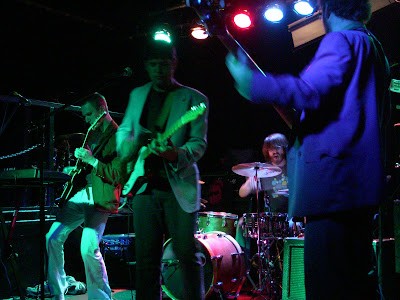 Our gig in Madison was at the Frequency, a newish venue right off the state capitol building, with two punk trios: the Rogue Dolls (actually dolls, in the Roaring '20s "Hey doll-face" sense of the word) and Vampire Lezbos [sic] (not actually vampires or lezbos). Vampire Lezbos, the headliners, who were embarking on a three-month tour in a large bus with two wives (one pregnant) and two small children, featured two friendly New Zealanders and one incredibly paranoid American who liked to rant about government conspiracies between each song. A healthy crowd of my friends and family turned out to see us, including "Uncles" Tim and Dave and "Aunts" Janet and Sue, who graciously stayed up way past their bedtimes, and the band, Nick Hudson, and Olwen danced in slow-motion, in conga lines, and in the style of dinosaurs as the Vampire Lezbos finished out the night. The next morning we headed out early for the long trek to Columbia, Missouri, leaving the fine people and weather and cheeses of Wisconsin regretfully behind us. Goodbye Madison! We hardly knew ye! 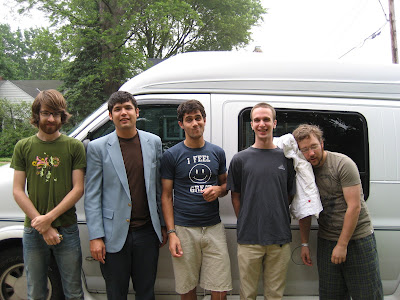