Cleveland: Home of Nonflammable Rivers for Forty Years and Counting! 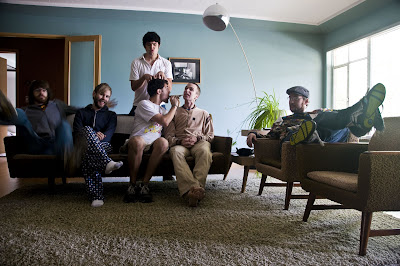 When we first arrived in Cleveland, late at night, after leaving behind the sports enthusiasts and sandwich purists of Pittsburgh, all I knew about Ohio's second largest city was what I had learned from The Drew Carey Show, Harvey Pekar's American Splendor, and this (highly recommended) video:

Luckily, Cleveland ended up having far more to offer than crippling depression and architectural features reminiscent of a Scooby-Doo ghost town. It had, for instance, Craig Ramsey, multi-instrumentalist extraordinaire and veteran of plenty misadventurous tours of his own (including one that ended with the police being called after his punk band's singer punched Craig in the ear over a disagreement over who got to sleep on a couch). Craig generously let us stay at his lavish Lakewood pad, aka "Band Camp," replete with six bunk beds, an expansive practice space, numerous guitar amps, guitars, electric pianos, etc., and a plastic container full of delicious chocolate chip cookies. Craig plans on converting "Band Camp" into a practice/recording/resting place for local and touring bands - we definitely give it our seal of approval. If you are in an extant musical ensemble seeking such comfortable accommodations and tender love and care in the greater Cleveland area, contact Craig at his Myspace. 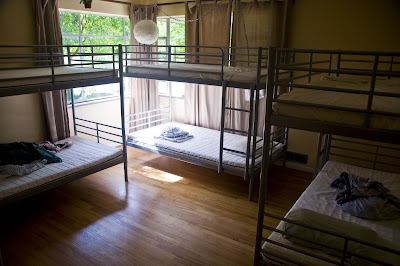 Besides Craig Ramsey, Cleveland also had the Rock and Roll Hall of Fame, which granted us free admittance since we were in a band (but, admittedly, did also kick out Nick, our singer, for taking a picture of the lobby from the second floor [see pic below], and also, thanks to the new mulch out front, smelled like a cypress tree with a bad case of diarrhea throughout [ed. - the Rock and Roll Hall of Fame did, not Nick]). 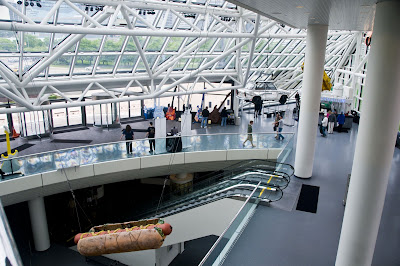 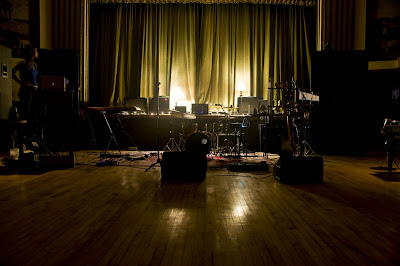 But most importantly, Cleveland contained the Beachland Ballroom, home to our most enjoyable show yet. We played both as van*gloria and as the backing band for Bridget Davis, U of Miami songstress, who wowed the crowd with her sultry vocals and enchanting compositions, co-written with our drummer (and her gentleman admirer), Mr. Luke Moellman. Despite again performing in front of the stage, not actually on it (this time due to financial reasons, not arcane state safety licensing procedures), we had a wonderful time, in no small part thanks to Luke's brother Erik's caravan of friends who performed impromptu interpretative dance maneuvers to our songs, placing the proverbial cherry on the top of the delicious jazz-influenced dance/rock sundae that was our performance in Cleveland. Craig Ramsey, our munificent host, also performed, and even spurred us to form a conga line. Yes, Mr. Carey, you were right: Cleveland does indeed rock.
Next stop: Chi-town! Kielbasa and knockwurst enthusiasts lock up your daughters!
Posted by Matt at 11:33 PM